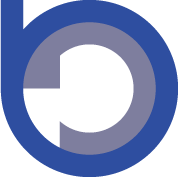 Live Your Best Life: ‘Ria wouldn’t be where she is today without The Academy Grimsby’

Ria Stansfield experienced significant health issues during her time at The Academy Grimsby. Having been in and out of hospital for most of her life, she found education difficult and felt that her last school had ‘given up’ on her. But starting at The Academy Grimsby changed everything and she found the support she was looking for.

“I took the health and care pathway at The Academy Grimsby and this course completely changed my mind on science. Now, I love it and am now working towards a career in clinical research!

“I was in and out of hospital a lot during my time at The Academy Grimsby, which was really hard. But the teachers really helped me. They supported me with anything I struggled with, giving me folders full of revision notes, printed off powerpoint presentations for me and really going above and beyond to help.

“Having loved The Academy Grimsby, I knew I wanted to move on to somewhere similar. That’s why I decided to go on to study at Career 6. I was given a private tour of Career 6 before starting, so I could see what it was like and understand what to expect. This really put my mind at ease and confirmed that it was where I wanted to be!

“I’m very happy about my results – three Distinction* in applied science – and I’m now going on to study biomedicine at University of Hull. I’m excited and nervous about going to uni!”

Ria’s Mum added: “The Academy Grimsby also really supported us as a family. They always kept me in the loop. The support we received was excellent.

“Ria struggled at her last school but I always knew she had it in her to succeed. She just needed the right environment and the right teachers to bring it out of her. And The Academy Grimsby gave her just that!

“Ria wouldn’t be where she is today without The Academy Grimsby.”