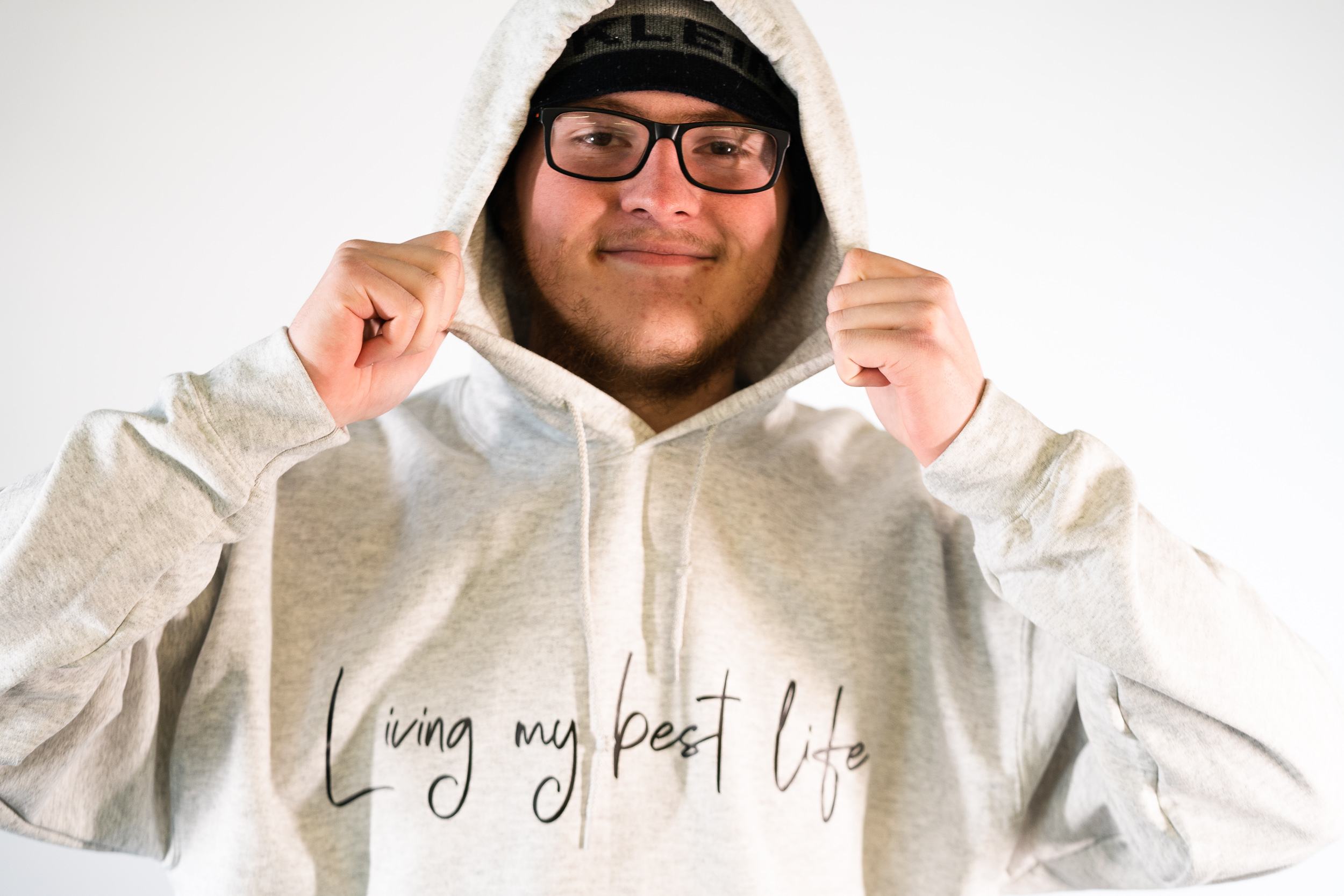 Building confidence: How The Academy Grimsby made me feel like I belong

“The Academy Grimsby made me feel like I really belonged somewhere.”

How The Academy Grimsby helped Zac build confidence and thrive:

What was it that made The Academy Grimsby stand out?

I moved to Grimsby from Yorkshire in 2016, so I didn’t know anyone. At other places, I felt like I stood out, or at least didn’t entirely fit in. I felt like a bit of an outcast. The atmosphere at The Academy Grimsby is awesome and the way it’s structured really made me feel like I fit in. It was nice to feel like I belonged somewhere.

“It was nice to feel like I belonged somewhere.”

The way the teachers talk to you isn’t like you might imagine a ‘traditional’ teacher style. It’s not a ‘sit down and be quiet’ relationship. From the moment I arrived, it was clear that learners were encouraged to voice their opinions and have discussions. Questions were flying around and the whole experience was just so much better.

“Learners were encouraged to voice their opinions.”

How has The Academy Grimsby helped you to achieve your best?

At other schools I’d been to there were large class sizes – sometimes over 30 students in a classroom and you were expected to work shoulder to shoulder. The Academy Grimsby isn’t like that. The class sizes are really small, which helped me to concentrate.

How have you found the support system at The Academy Grimsby?

I have Asperger’s, so social situations were difficult for me. I wasn’t great in conversations and I often shut myself off. The support system at The Academy Grimsby made me feel like I could open up. I could speak to a counsellor or teacher if I had any problems. I never felt intimidated. They were always there to talk to you about any problems I had. It’s something that’s pretty great about The Academy Grimsby.

What did you enjoy about your pathway?

To have a professional workshop for the engineering pathway helped so much. Here, I learnt how to use a pillar drill, laith machines, milling machines and understand about the different types of engineering. When The Academy Grimsby teaches you something, it is never just for the sake of it. All my engineering teachers came from the industry, so they’d been there and done it. We weren’t just taught theory from a book. What we were learning was going to help us in the future in our workplaces.

“All my engineering teachers came from the industry, so they’d been there and done it.”

Outside of the classroom and engineering workshop, what else did you get up to at The Academy Grimsby?

What I never really got at other schools were the opportunities outside of school itself. A perfect example of how this was different at The Academy Grimsby was Youth Parliament. I represented North East Lincolnshire at the Houses of Parliament, talking about young people’s issues in politics.

“I represented North East Lincolnshire at the Houses of Parliament.”

What would you say to someone considering joining The Academy Grimsby?

If you want to feel like you fit in whilst also carving your own path, while learning something valuable – not just for educational purposes or for your workplace but to develop as a person and as an adult – then The Academy Grimsby is the place. I wouldn’t choose anywhere else.

“I wouldn’t choose anywhere else.”